During his tenure, Mr. Mintz has successfully completed five acquisitions, growing the Company from $55 thousand in sales in 2017 to $40 million in sales in 2019 while at the same time establishing the foundation for the Company’s operational execution, values, and culture. Mr. Mintz has an extensive track record of creating people-first cultures that result in scalable best practices, engaged teams, and significant sales growth in multiple industries, including industrials and advanced technologies. His career has been defined by leadership and sales achievements, first acquiring approximately 50,000 residential and small commercial energy customers, which generated over $100 million per year in revenues. As a business leader, he has also managed and consulted for commercial and industrial companies ranging from mid-sized to a multi-billion dollar public company. Mr. Mintz joined Innovest Global in January, 2018 when the Company acquired the company he owned. He was subsequently nominated President of Innovest Global in January of 2019 and the Chief Executive Officer in August 2020. Mr. Mintz attended John Carroll University. 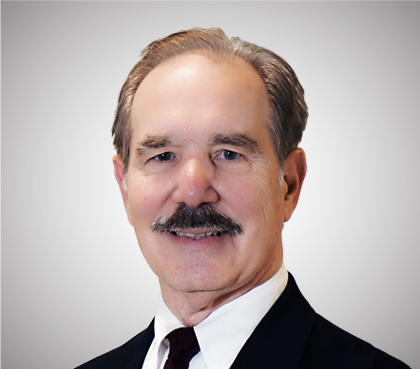 Mr. Yukich served as Chief Financial Officer and Controller for Eaton’s Truck Component Operations in the 1990s, a $1.5 billion enterprise with 8500 employees in North and South America. Mr. Yukich was responsible for all the financial and information technology functions. He led the due diligence and integration team to acquire a $200 million Brazilian transmission supplier, which was fully integrated within one year of acquisition.
After Eaton, Mr. Yukich served as Senior Vice President and Chief Financial Officer for Guide Corporation, a $600 million Tier one automotive supplier for external lighting systems. At Guide, Mr. Yukich was a key management team member that took a former General Motors division and created a stand-alone company. He oversaw a $20 million investment for IT conversion and improved quality programs. In cooperation with the equity owners, Mr. Yukich secured another $22 million for a new manufacturing facility in Mexico, an engineering and technical center for R & D, and ongoing engineering and other corporate functions.

Mr. Yukich holds a BA degree in business administration from the University of Mount Union and an MBA from Central Michigan University. He has been an active member and past officer and director of the Financial Executives Institute for the past twenty-two years. His community involvement includes serving as President of the Beta Iota House Corporation of Sigma Nu National fraternity, an affiliate of the University of Mount Union. Mr. Yukich also served in the United States Navy on two warships (USS Shadwell LSD-15 and USS Inchon LPH-12).